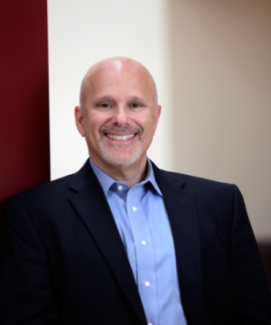 Are All Fiduciaries The “Right Advisor”?

Much has been written about how to find the right advisor. In the wake of the recent court ruling that spelled the end of the Department of Labor’s Fiduciary rule some might think that consumers were shortchanged.  I would argue it’s not that simple and instead this ruling might lead to more clarity and better regulation.

Let’s start with some basic understanding of a rather complex industry, financial services. In 1934 and 1940, when most existing rules were created, investments were bought and sold and the standard compensation was commissions. As the 1980’s arrived so did the advent of financial planning, advice that went beyond investments. Not soon after, the first fee based investment accounts were born that eliminated commissions and implemented a level fee. In the beginning, most brokerage firms offered the option of either commissions or fees but it was only the larger accounts that were eligible for the new fee based arrangement. As time went by, some advisors adopted a fee for planning arrangement that separated fees for planning from fees for investment advice. Over the past ten years, technology and efficiency brought fee based investment options to smaller accounts, but along the way consumers did not fully understand how they were paying their advisor.  The confusion arose because many commission products did not charge a front end commission and instead increased the expenses over a period of time.  All too often, people would arrive in our office having purchased an annuity or REIT without knowing they paid a 7% upfront commission because the commission was paid through a seven year commitment to the product. Meanwhile, consumers were also confused by the alphabet soup of share classes created by the mutual fund industry with the intention of offering choices, but not realizing the confusion it was causing.

Enter the Obama administration to the rescue, armed with the right intentions but little knowledge of how complex the financial services industry had become. Instead of selecting the two existing regulatory bodies, the Securities and Exchange Commission (SEC) who oversees the fee based advisory world or FINRA who regulates the commissions, the Department of Labor (DOL) was tapped to overhaul the investment industry, with an emphasis on investments in retirement accounts. To some, it might have made sense to select the agency responsible for oversight of ERISA retirement plans. To others it seemed like a giant over-stepping of authority given to an agency that hasn’t simplified the 401(k) market that they were previously given the authority to oversee.

The problems with the Fiduciary Rule are too many and too complex to cover in this article. Instead, I will address the relevance to finding the right advisor. In my opinion, the DOL rule gave the impression to consumers that the “fiduciary standard” that advisors were bound to “act in the best interest of clients” somehow guaranteed a better cost structure, service level or moral servitude. If that were true, Bernie Madoff, a fee based advisor would not be in jail and many innocent victims would not have lost their savings.

My concern with the fiduciary rule was simple. The initial regulations sought to eliminate commissions and increase transparency of how advisors were being paid. The final bill did not eliminate commissions, created reams of additional disclosures and in the end did not reduce expenses to the consumer. In the end, the rule may have had even greater negative consequences by confusing the consumer even more. Let me share an example:

Last year, I outlined the options for a new client who wanted to invest about $50,000. I offered the traditional commissioned based arrangement with a front end load and a low annual expense ongoing. I explained the cost over a ten year period and explained what I would earn up front and over time. I compared that to a fee based account where the total long term cost was higher, as was my compensation. I explained the assumption that commission based accounts would be managed more by the company we selected and that I would manage the fee based account. I explained that there was no way to project the returns of either account. However, I felt the lower expense of the commission based account was probably more appropriate for a younger person like her who was more than 10 years from retirement. To my surprise, she selected the fee based account because in her words “I would be working in her best interest” with that arrangement. I have to admit my life flashed in front of me. All of the stories and lessons my dad had told me over and over about how important it was to be honest and do the right thing in life flashed before my eyes.  I asked myself, does that mean that all of this time that I have been helping people with little or no means, people turned away by the larger brokerage houses because they were too small, that I was somehow not working in their best interests? I knew that was not the case. Did this new rule lead consumers to somehow think that fees are always good and commissions always bad?

It got me to thinking of things I’ve seen in my career that made me cringe.  Is it true that all annuities are bad? That is a popular war cry of radio personalities and many fee based advisors. Unfortunately, these staunch annuity haters can’t provide any assurances to a single woman with modest savings and a family history of longevity that she’ll have ample income as long as she lives. Only a pension or an annuity can do that. Granted many annuities are mis-sold but to say that all annuities are bad is an over-reach.

The more relevant question is, are all decisions that consumers make more appropriate just because the advisor is charging a fee and not a commission or should the recommendation be judged based on it’s overall merits regardless of the compensation?  Here’s an example. Let’s say a retiree has a 401(k) at a previous employer. Unfortunately, many retirees are told that they have to move their 401(k) accounts. The law actually states the opposite. The account can remain for their life in most cases. If an advisor recommends that the account moves from the lower cost plan to their management and then provides only minimal service, is the consumer better off just because the advisor is charging fees and supposedly “working in the best interests of the client”? In this case, is the retiree better off just because the advisor is a fiduciary?

Lastly and most importantly is the issue of compensation and service.  All too often, consumers believe that investment advice and the compensation paid are the only issues.  They are really not.  Investment advice is only a small part of the complex interconnecting web of financial decisions that consumers face. Many investment advisors do not tackle those difficult areas and consumers are unaware of problems that may result. As a result, consumers don’t recognize that it is the decisions they make about how to spend, how to save and how to leave their assets to their heirs that are the most relevant and important decisions that affect them long term. Without tackling the non-investment issues, sometimes costly problems go undiscovered. It is the advisor willing to go the extra mile to assist their clients in living their most fulfilled lives and not just focusing on expenses and returns that should be considered for hire. Whether paid by fees or commissions finding an advisor who is honest and caring and is willing and able to address all financial needs should be what consumers realize “is in their best interest”.

*Jay L. Gershman is an AIF (Accredited Investment Fiduciary), and a RLP (Registered Life Planner).  This material was prepared by the author and is not meant to be considered an investment recommendation.  Securities offered through Securities Service Network, LLC. Member FINRA/SIPC. Office of supervisory jurisdiction 9729 Cogdill Rd. Suite 301, Knoxville, TN,. 37932  865-777-4677 Fee based services are offered through SSN Advisory, Inc., a registered investment advisor.