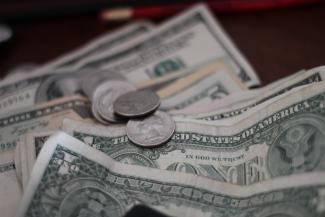 Income taxes will reduce how much account owners receive from their traditional IRA savings. But planning ahead can help mitigate those taxes.

Tax deferral is one of the most attractive features of a traditional IRA. But, when it is time to make withdrawals, owners must contend with the reality that the amount they receive will be reduced by any income tax that is owed. In some cases, this is amplified by additional tax owed on early distributions and penalties for required distributions not made by applicable deadlines.

Fortunately, taxes can sometimes be reduced or even avoided. The question becomes, how do you identify opportunities that can help you take advantage of tax efficient strategies? We can provide a few of the many questions that you can add to your list to come to the best solutions.

1. Do you plan to take an ‘early distribution’ this year?

Goal: To determine if there is an opportunity to avoid the 10% additional tax (early distribution penalty).

A distribution is considered early if it occurs before the IRA owner reaches age 59½.

The following are some tips that IRA owners can use to avoid the early distribution penalty.

Of course, this is helpful to someone who would be close to age 59½ at the time the distribution would be made from the IRA. An individual reaches age 59½, six months after the individual’s 59th birthday. Taking a distribution even one day before reaching age 59½, would subject the amount to the early distribution penalty.

Caution: There are many IRA owners who cut it close and find themselves with an ‘early distribution,’ when they thought the distribution was normal. Waiting a few days after the six-month period is advisable, especially since the method of determining the six-month mark differs among custodians. For instance, some use 182 days, some use 183 days, and some count six months.

Check if eligible for an exception

IRA owners should check to determine if they are eligible for any of the exceptions that apply to the early distribution penalty. These include distributions that are:

A complete list of the exceptions and their eligibility requirements are available in IRS Publication 590-B, which is available at www.IRS.gov.

Those who are unable to wait until age 59½ and do not qualify for an exception might want to consider taking funds from other sources, if available.

2. Have you made plans to take your RMD?

Goal: To ensure that the 50% excess accumulation penalty is not owed.

IRA owners who are at least age 70½ by year end must take required minimum distributions (RMD) from their traditional IRAs, SEP IRAs, and SIMPLE IRAs for the year.

Those who reach age 70½ during a year, have the option of deferring the RMD for that year until as late as April 1 of the following year. All other RMDs must be taken by December 31 of the year for which they are due.

Caution: An IRA owner who defers her RMD until the following year, would be required to take two RMDs the following year. Such individuals should consult with their tax professionals about the tax impact of the deferral versus taking the RMD in the 70½ year.

Any IRA owner who misses an RMD deadline will owe the IRS a 50% excess accumulation penalty on any RMD shortfall. The IRS will waive the penalty, if the deadline is missed due to ‘reasonable cause.’

Those who must take RMDs should contact their IRA custodians and make arrangements to have their RMDs processed before the deadline. An IRA custodian is required to provide IRA owners with an RMD statement, by January 31 of the year for which the RMD is due; providing the IRA custodian held the IRA as of the previous year end. The statement must include the calculated RMD amount, or an offer to calculate the RMD upon request.

3. Do you plan to make a charitable donation from your IRA this year?

Goal: To ensure that it is eligible for tax-free treatment, and count as an RMD if desired.

An RMD from a traditional IRA is usually treated as ordinary income. However—for those who are charitably inclined—their RMDs could be tax-free if the amounts are used to make qualified charitable distributions (QCD).

Under the QCD rules, an IRA owner can donate up to $100,000 per year to an eligible charity, and the amount would be tax-free as long as it meets requirements that include the following:

In order for a QCD to apply to a year, it must be distributed from the IRA by December 31 of that year.

4. Would you like to use your QCD to cover your RMDs?

Goal: To ensure that the QCD is made before any other distribution, so that the RMD is tax-free.

An IRA owner can choose to have his QCD count as his RMD. In order to do so, the QCD must be made from the IRA before any other distribution that the IRA owner plans to make from the IRA. This is because, under the RMD rules, the first distribution that is made from an IRA during an RMD year goes toward satisfying the RMD that is due for that year.

The $10,000 counts as John’s RMD, and is taxable (except for any basis amount), because it is his first distribution for the year.

Start the process early in the year

Reduction and avoidance of taxes, as permitted under the tax code, can help you retain a much bigger share of your retirement accounts. However, eligible individuals often fail to benefit from these tax breaks, due to lack of awareness.

It helps to make sure that you are aware of these and other tax strategies.

Having the conversation with your financial advisor early in the year is beneficial, to ensure that opportunities are not missed. For example, if you want to use a QCD to serve double duty by covering an RMD, that opportunity could be missed, if other distributions are made before the QCD.