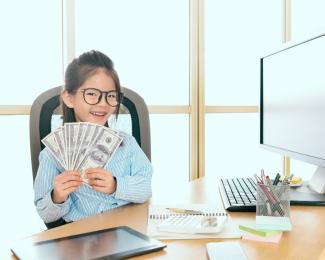 Kids and Taxes: 3 Important Changes Under the Tax Cuts and Jobs Act

The Tax Cuts and Jobs Act, or TCJA, has imposed major changes in connection with how children are taxed and treated, and it definitely raises issues in this area that all professionals need to be aware of.

The new law has increased access to the Child Tax Credit and has increased flexibility for 529 plans. But, it has also created some areas to navigate around, with a revised kiddie tax that will be good for some and not good for others. As with everything else with the new tax act, proper planning is critical.

In past years, the child tax credit was limited, and it quickly phased out as clients’ adjusted gross income (AGI) increased. Previously, clients were able to claim a credit of $1,000 for each child under the age of 17, with phaseouts beginning at $110,000 for married couples filing jointly, and $75,000 for singles. This credit often dwindled for many taxpayers as their income grew, phasing out completely at $129,001 for Married Filing Jointly taxpayers with one child, and at $149,000 for Married Filing Jointly with two children.

Now, under the TCJA, parents can obtain a higher child tax credit of $2,000 for each child under the age of 17. The best part about this increased credit is that the phase-out for income thresholds has increased drastically. The newly revised phase-outs begin at $400,000 AGI and ends at $440,000 for Married Filing Jointly and begin at $200,000 and ends at $240,000 for all other filers. Once a client’s AGI exceeds the initial income threshold amount, their credit is reduced by $50 for each $1,000 by which the AGI exceeds the income threshold. In addition, $1,400 of this per child tax credit is refundable even if taxes are not owed by the client.

The new tax laws have also added on a “family” tax credit, which is completely new. This $500 credit can be claimed for nonqualifying dependents, such as elderly parents and college-aged children. These credits present new opportunities for clients to obtain a significant tax credit, which can help offset any outstanding taxes owed (such as by the SALT limitations). In the event taxes are not owed, the expanded credit allows a refund, creating new investment opportunities, such as 529 plans.

The kiddie tax was passed in 1986 to prevent tax avoidance, because wealthy parents were shifting their assets to their children’s names (since at the time, children were taxed at significantly lower rates). The kiddie tax is imposed on the net unearned income of an under-18 child and single, full-time students under the age of 24. Unearned income includes investment accounts, dividends, capital gains, and inherited retirement plans. In addition, the kiddie tax also applies to inherited traditional IRAs, 401(k) plans, taxable legal settlements, and Social Security survivor benefits.

Previously, the kiddie tax imposed on a child’s investment income above $2,100 was the same as the parent’s income tax rate, which in some cases could be as high as 39.6%. However, under the TCJA, parental tax rates are out-the-door. Instead, the tax imposed on investment earnings are the same as the rates that are applied to trusts and estates, and this will continue until 2025. Under the TCJA, the tax rates that will be used are shown in the figure below.

You will notice that the trust and estate tax rate (and now, the kiddie tax rate) quickly accelerates to the highest tax bracket of 37% with just $12,501 in unearned income (whereas the 37% tax rate kicks in at $500,000 for a single taxpayer and $600,000 for a married filing jointly taxpayer where there is no kiddie tax). For long-term capital gains and qualified dividends, however, the tax rates are lower.

These new rates are sure to help many children, especially those children with modest incomes whose parents were previously in the highest income tax brackets. Indeed, unearned income under $9,150 will be taxed at a 24% marginal rate, instead of a potential 39.6% rate, which is attractive.

However, children with parents in the lower to middle brackets could be hurt by this, as they will no longer be taxed at the same rate as their parents. Those children whose unearned income is above $12,501 and who would have been taxed at a lower rate prior to the TCJA can now face a tax rate of up to 37%.

And these quirky changes can also apply where there are capital gains. In this example from the Wall Street Journal, a full-time college student whose parents have a taxable income of $150,000 is gifted a stock to sell with a long-term gain of $40,000. Under last year’s laws, the student would owe tax of about $5,700 because his parents’ capital-gains rate is 15%. This year, under the new kiddie tax laws, the student’s tax bill will increase to almost $6,600 because he now sits in the 20% capital gains bracket.

As a result, in the event that the new tax laws impose a higher tax burden for the child, the individual contributing the gift should consider giving it to the child’s parents to sell at their lower capital gains tax rate of 15%. If, in the aforementioned example, the grandparents gifted the stock to the student’s parents and then they sold it, the tax rate would be 15%, saving the student a few hundred dollars.

Another tax-saving idea would be to leave a Roth IRA to a child instead of a traditional IRA or 401(k), due to the tax-free distributions that come with a Roth IRA. Consider it this way: If the child has unearned income greater than $9,151 or capital gains greater than $12,701, she should probably review alternative methods of wealth transfer and income distributions to ensure the most tax-favored treatment. In short, due to the complexities of gifting and the kiddie tax, family members who are gifting investments—or any form of unearned income—to children should consider in advance the potential tax consequences.

3. 529 plans include elementary and secondary education

Previously, 529 plans were designated for college savings only. But under the new tax laws, 529 plans have expanded use of the accumulated tax-free funds they accrue, which can now be applied to elementary education, private school, and secondary schools with a limit of $10,000 in distributions per year, per child. Also remember that it is possible to front load five years of $15,000 donations per year for a total of $75,000 in contributions in one year, which can be a great tool (especially for wealthier grandparents).

Another important change pertaining to 529 plans is that they now can be rolled over to 529ABLE accounts (without penalty) when the beneficiary remains the same or is a family member of the original 529 plan owner. These expanded offerings among 529 plans makes them even more ideal for parents (and grandparents) saving for their child’s education.

Although it is commonly overlooked, there are many strategies that can be used to ensure that your children, and therefore you, are best positioned. The changes to the kiddie tax could alter how you approach gifting your children stocks or other securities, and the 529 plans can be instrumental in ensuring a well-funded college experience.