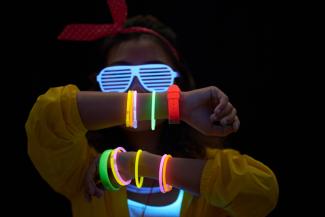 As a professional financial advisor, I’ve learned not to predict markets like so many experts on television. However, there are times when years of experience give you a strong feeling of déjà vu and lately I can’t help but feel like I’m reliving the late 1990’s. In case you can’t remember, this period of time was one of the strangest markets that we’ve seen which preceded the market peak in March of 2000, three years of market losses, and a literal meltdown of the tech-heavy NASDAQ in the early 2000’s.

Today’s economic cycle seems similar to that period of time. The 1990’s benefited from the advances in the personal computer that led to faster, more powerful processors operating on smaller and smaller chips. Tech innovation inspired an emerging internet and start-up industry which saw its stock prices soar without earnings to match. Throughout the mid to late 1990’s, the market seemed to rise in spite of doubt by experts, especially those espousing the end of the world and the tech meltdown known as Y2K.

While most economists in early 1999 thought that the market had many risks, what most did not expect was a near stratospheric rise in the stock market. Young tech companies with huge losses saw their stock prices soar while well-established dividend paying companies saw little to no gains. It was not uncommon for taxi drivers, bartenders, and bellman to be making a fortune and doling out advice in the high risk investing game. Meanwhile, formerly revered money managers and investors like Warren Buffett were being sent out to pasture as fools unwilling to participate in the new world. In August 1999, The Federal Reserve increased interest rates for the second straight meeting to head off signs of inflation, rising wages, and increases in personal spending.

Then on March 9, 2000, with no apparent reason everything changed. Several brokerage firm economists simply advised caution against high risk investing, which started a wave of selling  that created a domino effect on all markets. The NASDAQ fell approximately 80% over three years and the S&P 500 dropped for 30 months straight. A recession ensued.

Fast forward to today. After recovering from the recession, we’ve seen nearly ten straight years of market gains. Like those 1990’s investors, we are infatuated with household tech names from Apple to Google, Amazon, Facebook, and Netflix. Unlike the 1990’s, these companies are widely profitable and have strong positive cash flow. But the fact remains that the overall market is dominated by a small number of tech companies while long-lasting financial, insurance, retail, and utility companies receive no love from investors. Adding to the market mirror is the Federal Reserve, which has increased interest rates steadily since 2017 in order to reverse previously easy monetary conditions and to prevent early signs of overly strong economic growth and inflation.

As we settle into the last quarter of the year, I can’t help but mention the absence of summer volatility and lower prices. Despite the financial wobbles from the international tariff war and Trump’s sanctions on oil producing countries, the markets continue to rise. As signs that earnings are starting to slow and profits may finally be under pressure, the question everyone is asking is when will the party end? Will there be a bell-ringing moment that tells investors of impending danger or a few simple comments from the right experts that finally alert investors to the current risks?

Eventually all bull markets end. In the meantime, investors would be wise to pay attention to the similarities between the late 1990’s and today and take that into account when feeling punch drunk about the paper gains in their tech stocks. It might just be worthwhile remembering how long it took to clean up after that party in 1999.