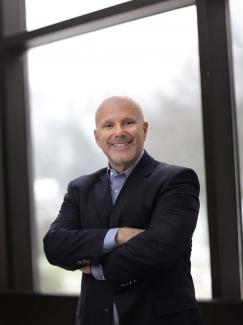 “A Letter to Investors: How to Survive and Thrive during the Trump Presidency” - Jay L. Gershman

The author is a financial advisor and the grandson of Jewish immigrants who were driven out of Eastern Europe to become lifelong Americans and registered Democrats. He lives in a family of all women and describes himself as a social liberal and fiscal conservative.  This article is not intended as an endorsement or condemnation of President Donald Trump.

Never in twenty five years have so many clients expressed genuine concern about their investments.  Even during the near collapse of the financial world in 2008 the phones and emails remained relatively quiet. That's not the case now.       It's not surprising with friends on Facebook posting negative reactions as 24 hour news outlets focus on the daily missteps of our new President, that eventually any rational human being would be concerned. After all, picking fights with foreign leaders, members of Congress, judges and now Nordstrom’s does not make a citizen of the United States glow with confidence. Not even the 48% who voted for him.

All of that said, it is of utmost importance for me, as an investor and investment advisor, to remind my investors of some of the basic tenants that are the foundation of a solid long term investment strategy and retirement plan. Here are just five:

I.  Check your emotions at the door- When it comes to investing, or many other facets of our lives, emotions often lead to mistakes. Many believe that emotions are at the root of our President's daily ill-advised tweets.  With investing, emotions create reactions associated with the belief that it is possible to have more control of external factors by investing less.  Selling based on emotion is probably just another case of bad timing. Many investors bailed out in March of 2009 just as the markets hit their bottom only to lose out on a big recovery.

II. Left is right, down is up- Investors often forget that bad is good and good is bad when investing. How else could stock markets since 2008 have risen despite less than stellar economic growth based almost solely on lower interest rates? Why else would the stock of a corporation go up when it announces poor earnings and major layoffs?  Why else would comments by the Federal Reserve that the economy is improving send investors running for the exits? In reality, markets love lower interest rates and cheap money that continues only if news is bad regarding the economy. In 2009, if you believed the economy would be lousy in the future and you chose to stay out of the market, you would have been half right and been out a lot of money!

III.  It's about earnings- Instead of focusing on the economy, the political environment and all of the other problems that can cause you heartburn, interpret every piece of news as to how it affects corporate earnings. Even if you believe corporations are inherently selfish and have no allegiance to their employees, as an investor, you must view every morsel of news as to how it will affect corporate earnings. More earnings, eventually higher stock prices.  Higher stock prices, retirement comes sooner!

IV. It's not now, it's in the future- One of the biggest mistakes investors make is not understanding that markets often project as much as two years into the future. Common sense would say that something that happens today should be directly reflected in today's stock price. Not true. Remember the corporation that announced poor earnings and layoffs? The stock price that day was reflecting changes that the corporation would make that would result in future benefits. Did the Cleveland Cavaliers win as soon as Lebron James was signed? No, but an investor would believe that their potential value would be much higher in the future and have to pay more that day. That was indeed the case, since the Cavaliers did win a few years later.

V.  Never bet against America- This famous line often espoused by famous investor Warren Buffett (no relation to Jimmy), can be the best advice an American investor could live by.  Despite world wars, public health crises, financial meltdowns, acts of terrorism and many different Presidential objectives; this country has used its spirit, determination and entrepreneurial talents to thrive and produce wealth. Those who lost confidence were often left behind from a financial standpoint.

Regardless of what you think of Trump personally or socially, his main financial goal is to create more American jobs. In order to do that he plans to reduce corporate taxes and regulations while enticing or forcing more manufacturers to produce products in the US. He wants to level the playing field for our manufacturers who compete in the global marketplace by renegotiating trade agreements that in many cases have been unfair to our companies and led to lost jobs. Imagine a world where your product was taxed going into a country but their products were not taxed coming into ours? President Trump has promised to make these situations fairer.  He has already ruffled many feathers of worldwide leaders in the process of beginning the negotiations.  Let's just hope he is as successful with this endeavor as he was getting out of debt obligations during his own real estate career!

Applying the five tenets above to the current situation –

Despite daily turmoil created by our current President, remain calm, believe that not everything that appears bad, actually is, look into the future and try to figure out if the changes will positively affect corporations that our retirement funds are invested in. Lastly, don't lose hope in America because we have faced many problems before and never given in.

Unfortunately, we don't know what the future holds. Only time will tell.  For now I personally will not allow my emotions and frustrations to change my investing beliefs. I would recommend the same to you.

*Jay L. Gershman is an AIF (Accredited Investment Fiduciary), and a RLP (Registered Life Planner).  This material was prepared by the author, and is not meant to be considered an investment recommendation. All information is believed to be from reliable sources; however we make no representation as to its completeness or accuracy. Please note, investing involves risk, and past performance is no guarantee of future results. Please consult a professional before making changes.  Jay L. Gershman is a Registered Representative of Securities Service Network, Inc. Member FINRA/SIPC. Advisory Services offered through SSN Advisory, Inc. Registered Investment Advisor.