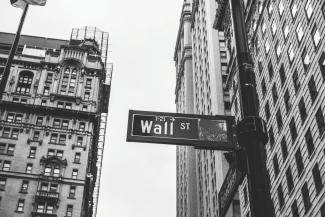 Some of our best investors rose from the ashes of devastating events. As you tackle the challenges of the current market environment, take inspiration from investors who persevered, survived, and prospered.

“Regardless of who you are or what you have been, you can be what you want to be,” said W. Clement Stone, who died in September 2002 at age 100. A one-time Chicago newsboy and the only child of a widow, Stone began working at age 16. Eventually, he turned a $100 investment into a $2 billion insurance company, now part of AON Corp. Stone’s trademarks included his pencil- thin mustache, colorful bow ties, and unfailingly upbeat attitude. The Rev. Robert Schuller, speaking at his funeral, said, “He’s probably the most positive-thinking person I ever knew.”

Stone wrote and co-authored three books, the best-known of which is Success Through a Positive Mental Attitude. We could do worse than follow his advice: “So many fail because they don’t get started—they don’t go. They don’t overcome inertia. They don’t begin.”

• “The Depression was the best thing that ever happened to me. It forced me to develop good work habits.”

• “You affect your subconscious mind by verbal repetition.”

• “I have a magnificent obsession—all I want is to change the world and make it a better place for this and future generations.” (Note that Stone gave away $275 million during his lifetime.)

In The Book of Investing Wisdom, editor Peter Krass compiled short essays, written between 1870 and 1996, from several dozen of Wall Street’s legendary investors. You might enjoy some of these timeless quotations—especially at those moments when we need all the encouragement we can get.

• “A group of lemmings looks like a pack of individuals compared with Wall Street when it gets a concept in its teeth.” —Warren Buffett

• “There is one requirement that is absolute in money managing . . .If you don’t know who you are, this is an expensive place to find out.” —Adam Smith (a.k.a. George J. W. Goodman, who portrays Adam Smith on the PBS television show “Adam Smith’s Money World”)

• “The smart investor . . . learns to buy fear and panic and to sell greed and hysteria.” —Jim Rogers, financial speaker and author

• “There is always a disposition in people’s minds to think that existing conditions will be permanent.” —Charles Dow

• “We’ve got a job to do—we in the security business—a job of reestablishing faith in the security market as a place for sound investment.” —Charles E. Merrill and E. A. Pierce, in a letter to partners and managers on the merger of their firms in 1940

• “The way to make money on Wall Street . . .is to calculate what the common people are going to do, and then go and do just the opposite.” —Daniel Drew, notorious stock market speculator, found from notes in his trunk after his death in 1870