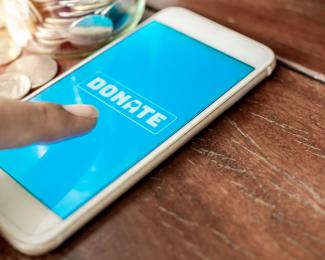 This very high standard deduction means taxpayers who opt to make charitable contributions may not get the additional itemized deductions that they would have in the past, which is frustrating. However, with a little clever planning around charitable giving, taxpayers can create ways to exceed the standard deduction and start itemizing again, which will enable them to lower their tax bill.

Are you interested in giving to charity, but concerned about how the new tax plan limits your ability to deduct those contributions? An old method called “lumping” or “bunching” is making a comeback! This method involves “lumping” two years of charitable and other deductions into one single tax year. For example, if you make charitable donations in January and December of the same year, you may be able to itemize those deductions in that year to exceed the increased standard deduction for that year. The next year, take the standard deduction and forgo itemizing. With this method, a taxpayer would receive a greater tax benefit for the same dollar amount of charitable contributions, just by cleverly timing those contributions. To accomplish this, think of your tax situation over a two- year period and time your gifts carefully.

For example, if Bill’s itemized deductions are $14,000 one year, he would be better off itemizing, as his itemized deductions are $1,800 higher than the standard deduction of $12,200. However, by implementing the “bunching” method and combining two years of charitable contributions into one year, he can automatically receive the standard deduction of $12,200 in one year and then he can simply make two years’ worth of charitable deductions the next year, which would further increase his deductions in that second year. As shown in the table below, by implementing the bunching strategy, Bill can increase his total two-year deductions from $28,000 to $32,200.

Another approach is to create a donor advised fund (DAF). This will allow you to benefit from the same concept as bunching, just in a different way. With a DAF, taxpayers make multiple years’ worth of gifts in one tax year to the fund, and then disperse their gifts later. DAFs have been around for a while, but with the new increased standard deduction, creating one can be more advantageous than ever.

The major benefit of the DAF is that you are able to donate assets and receive an immediate tax deduction, although the actual funds may not be given to charities until some time in the future—even in a completely
different tax year. Separating the timing of when the deduction occurs versus when the charity actually receives the money allows you to fulfill their charitable goals while maximizing your deductions and saving
money overall.

Because there are so many choices, taxpayers need to educate themselves about the DAFs available through their advisor or other custodians. Downsides to DAFs are that the deduction for charitable giving is only received in one year, and there could be additional paperwork and higher fees. Talk to a financial advisor about what is right for you.

If you are an IRA owner or beneficiary over age 70½, a qualified charitable distribution (QCD) up to $100,000 could be the answer for charitable giving. To qualify as a QCD, the funds must be transferred directly from the
IRA to the charity. When that happens, the QCD satisfies the required minimum distribution but the deduction is not included in taxable income on your tax return. This means that the taxpayer is able to get the benefits that
come with making a charitable contribution regardless of whether or not they choose to itemize their deductions. Using a QCD can be particularly beneficial for those who give more and are in a higher tax bracket, and, if a spouse is also eligible to use her IRA, the benefits only increase. This is because, although total annual QCDs from all IRAs cannot exceed $100,000 for an individual, spouses can each make up to $100,000 of QCDs, for a combined total of $200,000!

Although a tax deduction for the contribution is not allowed, the amount transferred from the IRA to the charity is excluded from taxable income and counts toward your required minimum distribution. By excluding the QCD amount from your income, you receive a superior tax benefit than if you had just gotten a deduction as it decreases the income amount, allowing for more AGI-based tax benefits, which results in a lower tax. For example, a lower AGI may mean a lower tax bracket, less taxation on Social Security benefits, no Medicare surcharge, and 0% capital gain tax.

For those who are charitably inclined, the increased standard deduction requires that we consider the numerous ways to get more bang for your buck when making contributions. Whether it’s through bunching, using a DAF, or making a QCD, clear tax planning can make all the difference in the world now.