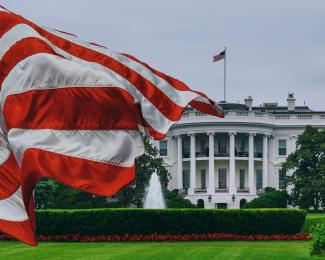 What Do We Do With Our Investments If Biden Wins? Serenity Now!

The question of what to do if Joe Biden wins has been asked by at least five of our clients in the past few weeks. Since it reminded me of the identical question I received from my Democratic clients when Trump was elected four years ago, I will assume this question is politically related. Regardless of the reason, I must admit that this issue has caused me to do some serious soul searching these past few weeks. I too have concerns about the changes a Democratic leadership would bring and the effect that may have on the economy. I have researched far and wide, asked the opinions of colleagues, and dug deep into my life-long beliefs. Even if I had a crystal ball and could predict the election, would it make sense to make predictions about how that would affect the economy and stock market? Should we make radical changes to portfolios?

The answer was found in the Serenity Prayer. While I have not myself attended a 12-step program, I remember my dear late Uncle Hy (who I have recently written about) counseling people with dependency issues and speaking of this prayer. The prayer, written by Reinhold Niebuhr goes as follows:  God grant me the Serenity to accept the thing I can not change, Courage to change the things I can and the Wisdom to know the difference. Not to make light of it’s meaning, the prayer is highlighted this year by the death of Jerry Stiller, actor and comedian on Seinfeld and The King of Queens. I couldn’t help but chuckle when remembering Jerry’s character, Frank Costanzo, father of George Costanzo on Seinfeld. Frank has an anger issue that is exacerbated by his wife’s irritating high-pitched nagging. Frank tries to handle his anger using the Serenity prayer by screaming “Serenity Now” every time she drives him crazy.

Why is this prayer relevant? I will outline some of my thoughts that had me arrive at this conclusion. There is no actual proof that trying to change your portfolio to avoid what you cannot change will lead to a better outcome.  Let’s look at the past:

I won’t quote all the exact historical data, but I will say that most major research shows very little correlation between political parties in the White House and investment return. In my opinion, returns are more related to business cycles than politics.

Funny things happened the day Trump was elected; the Democrat clients asked me if we should reduce our portfolios to prevent losses from his policies. That prediction never happened.

There will be people who will say “this time is different”. I’ve heard that before and I just don’t believe it.

I’ve heard others say the virus will eventually cause more businesses to fail and the economy to crater; stimulus packages can only help so much. My answer, has this pandemic shown that we can live without restaurants and brick and mortar retail stores? Yes. Meanwhile has entrepreneurial spirits flourished, creating new businesses to fill the demand created by the pandemic? Yes.

The one I find most ironic is the Corona Virus. Something no one saw coming. Once it was known to be a health risk most experts did not understand the ramifications nor did financial experts predict the turmoil it would cause to markets. However, no one in their right mind on March 23rd, at the bottom of the fastest drop in market history, could have predicted that nearly 5 months later, the virus would be unchecked, and the market would still be higher!

Lastly, I’ve heard about Gold. Once again, there are people who believe that gold is an inflation hedge against a weak US dollar caused by excessive government spending and financial support due to Covid. While Gold has done well this past year, it has not provided investors with income needed to live nor has it protected portfolios from inflation over the long term.  Adding gold or other inflation hedges in small amounts may produce short term benefits but has not proven to add long term appreciation.

The Bottom Line:  Investing for retirement or while in retirement is not about wholesale predicting or gambling with your funds to avoid losses. Speculating and trying to avoid losses can lead to loss of capital appreciation too. Just ask all the people who decided that they had to sell to avoid more losses in the days around March 23rd of this year. Investing is not avoiding fear since corrections are inevitable but the fear it produces is up to you. Investing is believing that despite what you see right in front of you, that despite what you can not change, that things will be ok. You can only change how you handle the next correction that you are trying to avoid but shouldn’t. Serenity now!

Footnote: We welcome all calls to express your concern, especially when markets are not in correction territory and you have options. We will always review your plan, the return you need to satisfy your long term needs, and whether your portfolio is properly allocated to meet those needs and your personal risk tolerance.