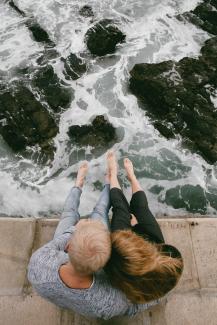 What Role Should Social Security Play in Your Retirement?

How confident are Americans in the Social Security system?

Social Security is still a huge part of U.S. workers’ retirement plans, but they aren’t happy about it.

“The average Social Security payout is only around $15,000 per year, so people are realistic to think they’ll need to supplement that income,” says Sheyna Steiner, senior investing analyst at Bankrate. “But despite all the gloom and doom about the future of Social Security, most Americans are optimistic that they’ll get at least something from the program.” Surprisingly, millennials account for a whole lot of that optimism. About 63% of them think Social Security will fund at least some of their retirement several decades from now. They’re not wrong. Usually, folks concerned about Social Security stop reading at the part where they admit that the program will cost more than the tax revenue paying for it by 2019 and will run out of reserves in 2033.

When you do that, you labor under the misguided notion Social Security will stop making payments entirely in 2033. If you read on you discover that Social Security will be able to keep paying 77% of all benefits due after that time and 72% of those benefits after 2088. This also assumes that absolutely nothing will be done to bolster Social Security until that time. Keep in mind that the retirement age for full benefits shifted from 65 to 67 for those born after 1959 and could easily do so again for future generations just to keep Social Security afloat.

Claiming Social Security benefits early—and you can still claim those benefits at 62—is going to be a dicier proposition. A retiring 62-year-old reduces their benefits already to 70% of what they could have had if they’d held out until 67. That number will likely only shrink as the years wear on.

Looking ahead, it may not be such a bad idea to use that estimated 77% reduction in Social Security benefits in 2030 as a guideline you can adjust as the government takes (or avoids) action. Retirees can estimate just how much of a bite that will take out of their Social Security checks and save appropriately, although Steiner says low-income retirees will likely be hit hardest by those reductions in benefits if they come to pass.

“I think it should definitely be a pillar of their retirement plan, but it’s really uncertain what the future of Social Security will be,” Steiner says. “Most people will still probably get some benefits, but that uncertainty will probably make them save more for retirement.”