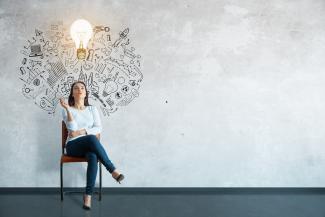 Deborah Price’s eight common money behavior patterns are key to unlocking people’s relationship with money which provides valuable insight.  We try to understand each client’s archetype in order to develop more personalized and effective solutions based on their natural internal fears, motivations and tendencies.  This article is a must read!

Have you ever had a friend who blew big sums of money on fancy cars or gadgets? Or a buddy who poured resources into the investment scam of the month without regard for risk and consequences?  Or maybe you’ve known some family members who routinely ignore or procrastinate on financial planning decisions until the last possible minute. Maybe you’ve seen a colleague gamble away her life savings. Whenever you see a friend or family member – or even yourself – with a financial issue, it’s a safe bet that a money archetype is at play in it.

Former financial advisor Deborah Price is a money therapist and founder of the Money Coaching Institute in Petaluma, Calif. From her own experience in the financial services industry and with a background in Jungian psychology, she has identified eight common behavior patterns relating to money, some of which lead to success, and others to frustration.

“Archetypes are unconscious behaviors, not personalities,” Price explains. “All of these archetypes exist inside each of us. It’s a question of which one is the loudest at any given time.”

In times of stress, Price says, people often revert to a more problematic archetype. Price has seen people from all rungs of the socioeconomic ladder battling behavior patterns they’ve learned from their families. With help, she says, people can better understand their relationship with money, maximizing the positive behaviors and minimizing unhealthy, knee-jerk reactions.

1. The Innocent. “The Innocent takes the ostrich approach to money matters. Innocents often live in denial, burying their heads in the sand so they won’t have to see what is going on around them. The Innocent is easily overwhelmed by financial information and relies heavily on the advice and opinions of others. Innocents are perhaps the most trusting of all the money archetypes because they do not see people or situations for what they are,” says Price.

“We all start out as innocent,” Price adds. “When we have the impetus to want to create our own financial life, we move from innocent to another archetype.”

2. The Victim. “Victims are prone to living in the past and blaming their financial woes on external factors,” says Price. Passive-aggressive (prone to acting out their feelings in passive ways rather than through direct action) in nature, Victims often appear disguised as Innocents, because they seem so powerless and appear to want others to take care of them.

“However, this appearance is often either a conscious or subconscious ploy to get others to do for them what they refuse to do for themselves. Victims generally have a litany of excuses for why they are not more successful. That is not to say that bad things haven’t actually happened to the Victim,” says Price.

3. The Warrior. “The Warrior sets out to conquer the money world and is generally seen as successful in the business and financial worlds,” writes Price. “Warriors are adept investors, focused, decisive, and in control. Although Warriors will listen to advisors, they make their own decisions and rely on their own instincts and resources to guide them.

“Warriors often have difficulty recognizing the difference between what appears to be an adversary and a worthy opponent. A worthy opponent should be embraced as an opportunity to put down the sword and recognize the potential for growth and transformation being offered in disguise.”

Warriors make decisions quickly and take responsibility for their actions. Oftentimes Victims can morph into Warriors when they shift their energy away from anger and blame toward making empowered decisions.

4. The Martyr. “Martyrs are so busy taking care of others’ needs that they often neglect their own,” says Price. “Financially speaking, Martyrs generally do more for others than they do for themselves. They often rescue others (a child, spouse, friend, partner) from some circumstance or other. However, Martyrs do not always let go of what they give and are repeatedly let down when others fail to meet up to their expectations. They have formed an unconscious attachment to their own suffering.”

Price notes that the Martyr “moves between two distinctly different energies: one that seeks to be in control and control others and the other being the wounded, often very needy, child. Martyrs tend to be perfectionists and have high expectations of themselves and of others, which makes them quite capable of realizing their dreams because they put so much energy into needing to be right.”

Martyrs have a lot of underlying Warrior potential. They are often wise with money, though they might use money as a means for control. “It’s important to recognize the passive aggressiveness in Martyrs, just like with Victims,” Price says.

5. The Fool. “The Fool plays by a different set of rules altogether,” says Price. “A gambler by nature, the Fool is always looking for a windfall of money by taking financial shortcuts. Even though the familiar adage ‘A fool and his money are soon parted’ often comes true, Fools often win because they are willing to throw the dice; they are willing to take chances.

“The Fool is really a combination of the Innocent and the Warrior. Like the Innocent, the Fool is often judgment impaired and has difficulty seeing the truth about things. An adventurer, the Fool gets caught up in the enthusiasm of the moment, caring little for the details.”

Fools need help overcoming some of their more rash impulses. They need help in understanding the consequences, Price says. They need to realize that they can get further ahead by using more consistent discipline strategies.

“A fool is a beautiful archetype if they can learn to become disciplined,” she notes. “The Fool and the Magician are the closest aligned. They’re great people, because they don’t have a lot baggage. Fools are actually well positioned to learn from their mistakes with help.”

Because Creator/Artists have such a love/hate relationship with money, they don’t invest a lot. “The important thing with this type of investor is that they need to understand their finances in terms of their own interest,” Price says. “Money is a means to practice their art and achieve their desire to live a simpler, spiritual life.”

7. The Tyrant. “Tyrants use money to control people, events, and circumstances,” Price says. “The Tyrant hoards money, using it to manipulate and control others. Although Tyrants may have everything they need or desire, they never feel complete, comfortable, or at peace.

“The Tyrant’s greatest fear is loss of control. Tyrants are often overdeveloped Warriors who have become highly invested in their need for control and dominance,” says Price. While Warriors are often heroic in their true concern for others’ welfare, Tyrants are purely self-interested. This type is interested in power and control for its own sake and will forsake other people if necessary to gain more of it. Throughout history, the Tyrant has emerged as the ruler who dominates and destroys with no sign of remorse.”

The Tyrant is the most fearful of all archetypes. They’re likely to overreact at the first sign of a market downturn. “In a market slide, they tend to be the most prone to anger,” says Price. “Their underlying fear and fear of loss creates an exaggerated need for control. A Tyrant is a Tyrant because of something in their childhood. They’ve developed an unhealthy attachment to money, but at least they see money as important.”

8. The Magician. “The Magician is the ideal money type,” says Price. “Using a new and ever-changing set of dynamics both in the material world and in the world of the Spirit, Magicians know how to transform and manifest their own financial reality. At our best, when we are willing to claim our own power, we are all Magicians.”

Magicians are not ruled by fear and they take responsibility for their choices. “A Magician is someone who has made peace with their past and consciously works to transform whatever underlying archetypes that have caused them difficulty financially and personally,” Price says. “A Magician doesn’t define his life by money, but realizes money is an important tool. They’re usually pretty generous with their money, but they’re purposeful.”

Wrestling with your money type

The archetype that is active in your life now is the place you need to grow from, Price says. By understanding your own personal mythology and the history behind your current money type, you will become conscious of patterns and behaviors that are preventing you from achieving the goals you desire. Once you can better understand and work with your most prevalent archetype, you’ll have a more productive relationship with yourself and your money.