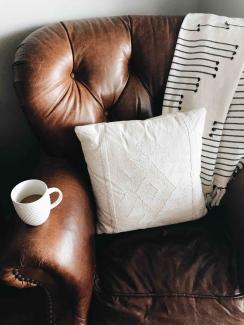 Why Millennials Are Moving the Needle on the Real Estate Market

While the uptick in homeownership is nowhere near pre-recession levels, it marks a significant shift from a decade ago. But what has changed?

Homeownership is on the rise again in the United States, and millennials make up the largest segment of buying. The climbing rate is a boost to both the real estate and retail sectors because new homeowners buy plenty of products, from furniture to lawnmowers, to fill their abodes.

While the uptick in homeownership is nowhere near pre-recession levels, it marks a significant shift from a decade ago, when an unstable job market kept most consumers from even contemplating the purchase of a home. But what has changed? The Knowledge@Wharton show, which airs on Wharton Business Radio on SiriusXM channel 111, invited Benjamin Keys, Wharton professor of real estate and fellow at the National Bureau of Economic Research; Richard K. Green, public policy professor and director of the University of Southern California’s Lusk Center for Real Estate, and Eric Sussman, adjunct professor of accounting and real estate at the University of California Los Angeles, to answer that question.

Following are five key points from their conversation.

Economic recovery is the most direct explanation for why more millennials are buying homes. That generation was graduating from college and entering the workforce just as the Great Recession hit. They found themselves in the same predicament as Americans across the age spectrum who were unemployed, under-employed, working part-time or filling temporary jobs.

“It’s really a function of the overall economy improving dramatically,” Keys said. “You had this really long overhang of very high unemployment rates or under-employment rates, so they just didn’t have the job stability that would lead to the point where you could save up for a down payment and feel confident and secure that you would want to stay in one place for a long time.”

Green agreed, adding that marriage is the No. 1 predictor of whether people buy homes. The marriage rate among millennials has risen slightly as they have gotten older and more financially stable. Green also thinks fintech has made a difference.

“The way traditional lenders underwrote meant that there were a lot of well-qualified people who weren’t able to get access to mortgage markets,” he said. “If you look at some of the fintech companies using data science to underwrite people, they are finding people who are very good risks to lend to that they’re starting to bring into the market.”

Sussman put it more simply, saying millennials “are reaching an age where they can finally afford to buy a home. Rates have remained reasonably low, so affordability is possible as well.”

As the saying goes in real estate, it’s all about location. The affordability of a home depends on where it is.

From San Diego to Seattle on the West Coast, and from Washington, D.C., to Boston on the East Coast, “affordability is bad,” said Green. But homes are relatively more reasonable in many other parts of the country. He cited Dallas and Houston, where job markets are strong and “nice” homes can be found for about $200,000.

“Between the Appalachians on the one side and the Rockies on the other, affordability is very good,” Green said. “But you get to the coasts, and it’s still a real problem.”

Rising rents, especially along the coasts, “is really shifting the trade-off between owning versus renting,” Keys said. Rents are reaching astronomical heights in highly desirable cities because that’s where millennials want to be, he said. Young people flock to urban areas for work, and the demand for housing increases as a result. In the San Francisco area, for example, six times more jobs were created than housing units in the last decade.

“That may be the most severe case of under-building, but that’s true in a lot of the coastal cities,” Keys said. “That’s partly because of geographic reasons, partly because of local regulatory reasons, zoning reasons, not-in-my-backyard NIMBYism preventing denser building. But you’re really seeing this sharp rise in rents over the last few years. After watching your rent go up and up and up, and potentially bouncing around to look for more affordable rental units, at some point you realize it actually makes sense to buy.”

But Sussman points out that money is still a barrier to home buying. Conventional loans require 20% down, which many younger consumers struggle with.

“A lot of these folks in this generation just don’t have the wherewithal to purchase, and a lot of them are carrying a tremendous amount of student debt,” he said. “I want to make sure we’re clear about one thing: There’s definitely been an increase in the homeownership rate, but it’s still by historical standards very low. It’s likely to remain low as we look forward in the next decade or two.”

It all comes back to supply and demand

Supply and demand is driving up the prices for both renting and purchasing homes. That’s because homebuilding nearly ground to a halt during the recession and has been slow to recover for a number of reasons. Green said conservative estimates put the shortage of housing units in the United States at three million, and 600,000 homes a year would need to be built just to replace older homes that are no longer functional.

For builders, there is plenty of money to be made in both the subsidized and high-end housing markets. But the middle-income market is problematic, Green said. Fixed costs ranging from land acquisition to government fees make it harder to turn a profit on a single-family home priced for the $60,000-$80,000 salary bracket.

“One of the reasons we’re continuing to see house prices increase—and this happens on the rental side as well—is we’re just not building enough,” Green said. “It’s like anything else. If you build less of something or make less of something relative to demand for it, the value is going to go up. The first-time market is stuck because the first-time home buyers don’t have anything to move up to because the new stuff is so darn expensive.”

Sussman said he doesn’t expect homebuilding to get cheaper anytime soon. “On the supply side, I don’t see any real relief there.”

Baby boomers are complicating matters, Keys said. That generation has a homeownership rate of 80%, and they are staying in place as they age. The lack of mobility translates into less turnover in housing, especially in the more affordable suburbs. “It will make it that much harder for those chains of events that need to occur to open up those starter homes for new buyers,” he said.

But Sussman countered that boomers also account for the biggest growth in renters. These older Americans are renting out their homes or passing them along to the next generations while they move into apartments.

“So, you’ve got both actors moving simultaneously,” he said. “People aren’t selling, they are staying in their homes longer, they are living longer. And when they finally move out, before they may move into assisted living or something, they are moving to apartments. It’s a fascinating trend.”

What we’ve learned from the Great Recession

The professors agree that the lasting lesson from the Great Recession was about the danger of the subprime market, which had a cascading, devastating effect on the economy.

“Those kinds of extraordinarily generous lending terms and opportunities aren’t there anymore,” Keys said. “The biggest change, in many ways, has been toward carefully underwriting the ability to repay. We’ve seen a tightening of credit scores that really hasn’t softened much, and we’ve seen a much tighter set of standards for income documentation.”

Green said the “sloppy” underwriting that fueled the subprime market has taught the lending industry to be smarter and more careful. He thinks technology will improve the process even more.

“I am optimistic going forward that we will use algorithmic underwriting in order to figure out who is a worthy borrower,” he said. “I think this is particularly important because millennials—and the next generation as well—have an aversion to credit that’s unlike previous generations. So, we have large numbers of people called credit invisibles who don’t have a deep enough credit file to get a good FICO score or any FICO score at all.”

Green said technology will enable lenders to look at factors other than credit scores, such as regularity of payments, and incorporate that information into the underwriting process.

“It’s possible we’ll have a whole new platform that will allow less traditional kinds of borrowers to get approved for loans,” he said. “They will be well-underwritten. There will be evidence that they are the sorts of people who will be likely to repay their mortgages. I’m somewhat optimistic that technology will solve this sometime in the next five to 10 years.”

Sussman disagreed that technology will play a significant role. “I’ve always said, if you want to look for bubbles, watch the debt market. Hopefully, the technology will work and they will make better decisions, but I would watch lenders very carefully because that’s where bubbles form—on the debt side.”

Is this the new normal?

According to the U.S. Census Bureau, homeownership rose to 63.9% in the third quarter of 2017, the highest rate in three years. But that’s still not close to levels seen in the last 20 years.

Green circled back to marriage, which he said goes hand-in-hand with homeownership. Whether the overall lower level of homeownership is the new normal or a temporary trend depends on the marrying patterns of subsequent generations.

“I think there’s reason to believe the marriage rate is going to stay depressed…for the simple reason that women are better educated than men are now, and women aren’t interested in marrying men who aren’t as economically productive as they are,” he said. “If the marriage rate stays depressed, then I think the homeownership rate will stay depressed. But if this is wrong and we see millennials just wait longer to get married, then I think we’ll see more homeownership.”

Sussman thinks less homeownership is the new normal. He doesn’t see that changing, regardless of demographic shifts. “We still have supply issues. No matter what the spend might be, I don’t see the ability to increase supply rapidly,” he said, noting infrastructure problems that are prevalent throughout the country.

For Keys, the answer isn’t yet clear. He said even if credit standards are loosened a bit from where they are now, it won’t have a big impact on the debt market. And there is not enough long-term data on broader shifts in marriage, childbirth or student debt.

“We need to keep an eye on whether this is simply delayed or something more transformative,” he said.