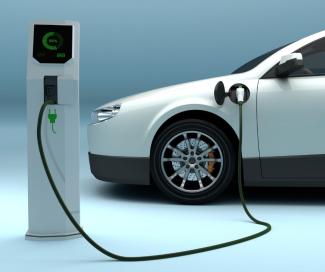 Hyundai’s investment in high-tech production facilities in the U.S. could fuel innovation and employment growth.

Plans by Hyundai and Samsung to invest billions of dollars in high-tech production facilities in the United States is a hopeful sign that a different kind of manufacturing is on the rise in the country after decades of industrial decline, Wharton professor Lynn Wu said.

During President Joe Biden’s three-day trip to Seoul, Hyundai announced it will spend $5.5 billion to build an electric vehicle and battery plant near Savannah, Georgia, about 275 miles from where it already operates a Kia manufacturing hub. Hyundai chairman Euisun Chung said the company will spend another $5 billion in the U.S. on artificial intelligence for autonomous vehicles. Last year, it bought a majority stake in robotics firm Boston Dynamics.

While in Seoul, Biden also toured a computer chip plant owned by Samsung, which last year announced it would build a $17 billion semiconductor factory near Austin, Texas, to boost capacity and alleviate the global chip shortage.

Wu, a professor of operations, information and decisions, said the time is right for Hyundai and other firms to invest in producing a combination of software and hardware. She studies the impact of emerging technologies on business and said it is critical for automakers to embrace driverless technology as the mode of the future.

“Without investment, you don’t have the opportunity to evolve.”

“In my research, we found that firms that invest in robotics and artificial intelligence are far more productive than the firms that do not. They hire more people and are more productive,” Wu said during an interview with Wharton Business Daily on SiriusXM. “I actually think this a really good time to do this for Hyundai.”

The company has stated that it wants to be among the top three EV providers in the U.S. by 2026. Investing billions is a good start, but money alone won’t get the company to the top, Wu said. Leaders also need to think about how best to blend workers with widely varying skills—from the person on the factory floor to the one who sits behind a computer.

“Marrying the two is not easy,” she said. “You’re talking about two different cultures of work. But it is possible to do it. We’ve seen people who have done it well. It requires fundamental shifts in firm practices and culture, and I think that’s where we’re beyond the $5 billion.”

Wu said when such partnerships are executed thoughtfully and correctly, they result in employment growth and the creation of best practices, which could spill over from EVs to other types of innovation, she said.

Wu said it’s also smart for Hyundai to bring its operations to America and hire American workers if it wants to lead in the American market. Local workers have a better understanding of consumer preferences and the context in which the products will be used.

“In my research, we found that firms that invest in robotics and artificial intelligence are far more productive than the firms that do not.”

“If you’re designing cars for American consumers, you need to have American experts who know what Americans like and the specific technology associated with that,” Wu noted.

She dismissed any concerns that robots will replace workers in high-tech facilities, pointing to her 2021 study that found as firms automate, they need more workers. However, automation tends to break the rungs on the career ladder by creating more jobs at the bottom and the top, with fewer for middle-skilled workers. Wu said that’s a problem that Hyundai and other firms can resolve with the right approach.

“I’m very optimistic that there will be new middle-skill work, but that requires some kind of ingenuity by the firm and by policymakers to figure out how to use middle-skilled workers so those people can work with technology to do their jobs better.”

Wu said the investments bode well overall for the American economy, which has transitioned from manufacturing to service over the last 50 years. The service sector now accounts for nearly 80 percent of gross domestic product.

“Without investment, you don’t have the opportunity to evolve,” she said. “We are a very innovative country, and I think that [future] innovation can come from, and most likely will come from, the United States.”