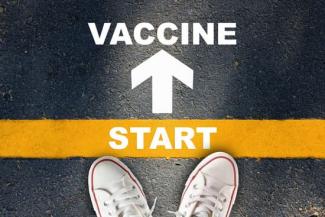 How Economic Recovery Hinges on the Vaccine Rollout

How Economic Recovery Hinges on the Vaccine Rollout

Doubling Covid-19 vaccine doses to three million a day could boost U.S. employment and GDP, according to a Penn Wharton Budget Model analysis.

The pace of the economic recovery in the U.S. in 2021 hinges on the pace of Covid-19 vaccinations, according to a brief by the Penn Wharton Budget Model. It projects that doubling the number of vaccine doses administered daily to three million would create more than two million jobs and boost real GDP by about 1% over the summer of 2021, with smaller effects later in the year. Since the first vaccine dose was administered on December 14, around 50 million Americans have been at least partly vaccinated, it estimated.

“Unlike earlier this year, where economic activity collapsed everywhere, all at once, regardless of whether there were a significant number of cases in a place, economic activity now is much more closely linked to how bad pandemic conditions are locally,” Alex Arnon, a senior analyst at the Penn Wharton Budget Model, said on the Wharton Business Daily radio show on SiriusXM.

While the vaccine is “an incredible public health boon and great for people personally,” it isn’t a direct form of economic stimulus, Arnon said. He noted that until now, economic activity was being held back by “the very rational fear” that people have of getting infected, but the vaccines will significantly reduce that fear.

At the current pace of around 1.5 million doses per day, PWBM said it expects economic recovery “to continue but proceed gradually through the middle of [the] year,” with employment rising to nearly 152 million in July and four-quarter real GDP growth of around 5% in the third quarter. Averaging over the full year of 2021, PWBM projected that raising the rate of daily vaccinations to three million or more would increase employment by nearly one million and real GDP growth by about a third of a percentage point.

The effects on the labor market that PWBM projected are largest in the summer, “which is when how quickly you’re able to vaccinate people makes the biggest difference,” said Arnon. At two million vaccinations a day, say, by the end of the year, most of the people who want it would have been vaccinated, he noted.

The biggest effects on employment would be seen in the middle and third quarters of the year. “We can be looking at a difference of a couple of million jobs in July and August, and that will reflect the extent to which people are comfortable going back to a lot of the economic activities that we have not been able to do recently,” Arnon said.

In its brief, PWBM created a model that weighs the epidemiological and economic implications of maintaining, increasing or falling from the current pace of daily vaccinations. The model is an extended version of one they describe in a forthcoming contribution to the Brookings Papers on Economic Activity, authored by Arnon, John Ricco, who is also a senior analyst at PWBM, and Kent Smetters, PWBM’s faculty director, who is also a professor of business economics and public policy at Wharton.

The model features a framework that factors in changes in social and economic behavior in response to the severity of the pandemic. Driving those behavioral responses are people’s perceptions of the risk of infection, which depend on the reported number of cases in one’s community, the PWBM brief noted.

By the end of 2021, about 80% of the population will have immunity to Covid-19, either from vaccination or from having been previously infected, according to PWBM projections. Vaccinations alone would have covered between 50% and 60% of the population in that time frame, said Arnon. “So no matter what, we’re looking at a substantial improvement relative to where we were last year, and there’s just not going to be as much scope for the virus to spread going forward, even in the relatively pessimistic scenarios.”

How the pandemic plays out during the rest of the year depends on “several highly uncertain policy, behavioral and biological outcomes,” and the pace of vaccinations. However, PWBM identified four key factors. They are social distancing behaviors, where it projected “substantial relaxations” over the rest of the year; seasonality in viral transmission, which declines in spring and summer and rises in fall and winter; the arrival and dominance of the “more transmissible” B.1.1.7 variant (or the so-called U.K. variant); and herd immunity effects. “As the share of the population with immunity rises and the share that remain susceptible to infection falls, viral transmission becomes less likely because there are fewer possible hosts,” the brief noted.

According to Arnon, by the end of the year, “basically all new infections will be from one of the newer and more transmissible variants.” In the intervening period he pictured “a race [between] how many vaccinations we can deliver, versus how quickly will the new variants spread.”

“Later in the year, if these new variants end up spreading the way that they seem to be on their way to doing, there’s not much we can do to prevent some resurgence in cases,” Arnon continued. That situation would arise because “even in the best case, a lot of people who are not vaccinated, and have not been infected before, will still be potentially susceptible to getting sick.”

PWBM considered five possible paths for the pace of vaccinations over the coming year: a moderate decline to one million daily; remaining at one-and-a-half million; a moderate increase to two million; a large increase to three million; and a very large increase to four million. It assumed that the vaccines would be available nationally in sufficient quantities by mid-March. Arnon noted that there are “very encouraging developments in terms of the supply” of vaccines. Administering up to four million shots a day “now seems plausible,” he said.

Herd immunity is not immediately in sight. “The closer you get to herd immunity, the easier it is to keep things under control,” said Arnon. After adjusting for people who will not get vaccinated this year, and the fact that a vaccine for children is not currently available, “we probably will not be able to get to full herd immunity—a really secure state—until the very end of the year after we’ve experienced a second wave,” he predicted.

Much of that is contingent on people feeling comfortable in getting vaccinated. “One factor that we don’t deal with explicitly [is that] people have to believe in the vaccine,” he said. “Even though there is a fair amount of skepticism right now, we think that once people see it, that they are going to realize what a wonderful thing it actually is.”

PWBM expects “very rapid growth” in the economy in the second and third quarters of this year. “No matter what, we’re headed towards a substantial recovery, but as we show, just exactly how sharp that recovery looks is going to depend on how quickly we can ramp up the vaccination delivery.”

The biggest takeaway from the PWBM brief? “Get shots in arms as quickly as possible,” said Arnon. “If you can get the vaccine, you should get it. It’s not just for your personal health and safety. It’s also for public health and the economy in general. Hopefully we can get to a place pretty soon where we can restore some degree of economic normalcy. The vaccine is truly incredible. There is rarely such a pure positive benefit in economics. It’s the best kind of stimulus we could want.”