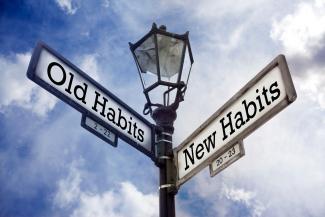 How Messages from Your Youth can Wreak Havoc on Your Adult Finances and Life.

Can you close your eyes and still hear the voices of your grandparents or parents when you were young? Ever stop to think that maybe some of your beliefs about money can be traced to their messages?

In thirty years of talking to clients about money, I encountered many of these strong beliefs that negatively affected people’s finances and lives. In most cases the beliefs were non-negotiable and often were contrary to actions needed to accomplish their goals. In some cases, I made the mistake of arguing the facts until I realized there was more to the story than their opinion differing from mine. It was a belief rooted in childhood and learning and listening to your elders.

Here are just some of the rooted beliefs I’ve encountered and potential reasons for the messages.

“There’s no such thing as good debt or necessary debt, just debt."

It’s common for people who immigrated to this country and struggled to make ends meet to have learned to save for what they bought. Their generation saved so their children could get an education and live a better life with less financial worries. Unfortunately, the messages they passed down in many cases did not allow their children and grandchildren, who have considerable earnings, to spend without guilt or fear of disappointing their elders. The problem this resulted in was that most people could not enjoy their wealth without using credit to buy larger houses, boats, cars and other material items. Trying to save for all purchases severely limits the dreams that this younger generation has and often leads to marital arguments when this belief is not shared by both parties. As an advisor, we are caught in the middle of trying to help clients live their best life but hampered by age-old constraints and messages. If the client is willing to compromise and use debt wisely by being shown that there is cash flow to support the debt payment, there is a chance that progress can be made.

“I don’t want to keep all of my money in one place.”

A lot of clients insist on maintaining many bank accounts at different banks and with different registrations. In most cases, the interest is minimal and they do not qualify for additional FDIC insurance by diversifying their cash reserves. Once again, the need for large cash reserves spread across many banks stems from messages and financial problems suffered by our elders. It was common for our grandparents and parents to have vivid memories of the Great Depression and the turmoil that most families suffered 90 years ago. However, much has changed since then. Experts have learned to stimulate the economy to avoid a depression and the government has created programs to backstop banks and provide insurance for deposits. Emergencies, unemployment and business issues do happen to families but not generally to the extent that our elders suffered. What’s more, prior to this century, banks actually paid meaningful interest. Now that’s not the case. As an example of how memories can affect one’s financial decisions, one client many years ago told me a story about why she insisted on large cash reserves. She remembered her parents' divorce at age 10 and living with her mother. She recanted with tears in her eyes sitting with her mother as she wrote out checks with barely enough money left to buy groceries. She swore she would never be in that position.  I didn’t argue.

“ Never trust the stock market, it’s like a casino.”

Our grandparents and parents witnessed the stock market crash of the 1930’s and many corrections that have occurred since. Their generation believed that wealthy people made money in the market, but not the everyday man. Since the 401(k) plan was created in the 1960’s, the everyday man has invested in the stock market and most have made money with their long term retirement commitment. Unfortunately, there are still people who feel investing is like gambling. I would argue it’s the exact opposite. In my experience with gambling, I’ve come to understand the casino (house) always wins. The only way to win is to win early and stop. If you want to win long term you have to stop completely so the odds of losing won’t catch up with you. With investing, if the long term average return of the markets is approximately 10%, the only way to earn 10% is to stay invested long term. If you invest when times are great and then the markets go south, the way to lose is to sell at a lower price and stop investing, just the opposite of the casino. Mathematicians call it mean reversion. Returns will eventually return to the mean(average). If you’re winning big, you will eventually lose since most gamblers do. If you’re investing and you’re losing, you will eventually make money, since the long term average is positive. The bottom line:  your elders suffered real losses in the stock market but that doesn’t have to be your fate. The next time you invest despite their warnings and the market drops, you don’t have to feel they were right and sell to insure that they were.

“Real Estate is a better investment because it’s real and easy to understand.”

The same people that didn’t trust banks, debt or the stock market often bought real estate after World War II. Luckily, they also had a lot of children which resulted in the “Baby Boomer” generation. What ensued after this generation bought houses in the suburbs was high inflation of the 1970’s that accelerated the prices of homes much like the situation we have seen the past two years. While long term returns of real estate are not higher than the stock market, many older people made very good returns. Their children and grandchildren have watched and believed this phenomenon was repeatable. Unfortunately, many have bought investment properties only to learn that collecting rents, fixing leaking pipes and cutting lawns isn’t so easy. I know that firsthand.  Whether real estate is a good investment or not, those considering a property purchase need to realize that real estate suffers booms and busts, that property is not always easily sold and that it helps to be handy.

Sad to say, I have met several clients who have lost parents at a very young age. The trauma of losing a parent as a young person can have a myriad of affects on their emotional well being long term.  Aside from the financial issues discussed earlier, losing a parent can leave an individual with the belief that they too may not live a long life. Even though medical science has improved greatly and many causes of death can be found earlier and treated more effectively, losing a parent can dull that reality. Faced with an inner voice that tells them that a long life isn’t guaranteed, why save for retirement? Instead, these individuals often outspend their incomes and rack up large credit card bills. Spouses faced with paying credit card balances with high interest rates often lash out without understanding the underlying reason. To the naked eye, the spending appears selfish. To the spender, it’s just living for today. As an advisor, I’ve learned to deal with each spending problem by trying to get beneath the surface. Is there anything other than "spending is simply fun" at work? In this case, I try to educate them on why a balance between living today and for tomorrow might have better risk reward.

In summary, the next time you find yourself avoiding debt, not trusting the stock market, piling up cash, buying real estate or spending too much, consider the voices in your head as well as those of the advisors trying to find a happy medium.  With an open mind and some financial education, you just might find a path forward and a more amazing life, not to mention a happy spouse.

If you know of someone whose life might be more fulfilled with assistance visualizing dreams and understanding how these dreams can be responsibly budgeted, please have them contact our office for a complimentary planning session.