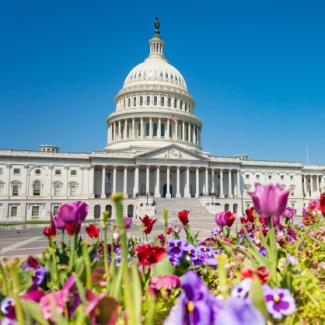 SECURE Act 2.0—a Rundown of the Most Important Aspects

The Senate has just passed another bill to be folded into SECURE Act 2.0 before both chambers vote on the full package. Here Jeff Levine takes a close look at the main body of SECURE Act 2.0 and its primary proposed changes for the world of retirement planning.

Editor’s note: Catching you up on where we are with SECURE Act 2.0: In May 2021, the House Ways and Means Committee cleared a new bill, Securing a Strong Retirement Act of 2021—aka SECURE Act 2.0. With its strong bipartisan support, many industry watchers predicted it would pass into law in 2021. But as often happens, other issues took priority.

In 2022, SECURE Act 2.0 was again brought up in the House, and on March 29, it passed this chamber almost unanimously (414-5) and went to the Senate. In June, the Senate passed bills from its HELP Committee and Finance Committee (the EARN Act and the Rise & Shine Act ). These will be combined to make up the Senate’s SECURE Act 2.0 package, probably before July 4th. Once reconciled with the House-passed SECURE Act 2.0 legislation, the final bill will be voted on by both chambers.

Here we present Jeff Levine’s overview of the main body of SECURE Act 2.0 as it initially was presented to the House.

SECURE Act 2.0 clocked in at 146 pages. While that pales in comparison to other recent legislative endeavors, it’s worth a reminder that this is 100% retirement stuff! So, there’s actually a ton to digest here for planners. Certainly, more than we got from CAA. Maybe even more, in total, than we got from the original SECURE Act (though no one provision will have the impact that the “death of the stretch” had).

Do I think this is going to pass? Yes. And while I’d be surprised if there weren’t some changes, I’d be more surprised if it died altogether. It has strong bipartisan support and politicians love talking about how it saved your retirement. I’d say 90% it gets passed in similar form.

Let’s begin with RMDs, because they basically impact all non-Roth IRA retirement account owners. RMDs gradually get pushed back from age 72 (current) to age 75. Yep. Instead of just making it 75 and having it be simple, Congress be Congressing…

RMDs would start at:

I want to jump to something else in the bill now because I think it is sneaky important.

Right now, taxpayers generally have no statue of limitations for IRA penalties. So, theoretically, you miss an RMD today, and the IRS can come back in 20 years and assess the penalty, interest, and so forth.

Without boring you to death, the reason is because those penalties get reported on Form 5329. IRS and the Tax Court have previously agreed Form 5329 is its own return. So, if you don’t file Form 5329, there is no start of clock for statute of limitations. No one just randomly files Form 5329, so unless you knew you had a penalty and filed, you were basically leaving yourself open to IRS scrutiny forever.

This would solve that by saying if you filed your income tax return (Form 1040), that starts the clock. It even goes so far as to say that if you didn’t file a return because you didn’t have to, the statute of limitations starts when you otherwise would have filed your return (if you needed to).

Pretty taxpayer-friendly, and frankly, maybe my favorite thing in the whole bill.

Such (62- to 64-year-old) participants would have following catch-up contribution limits beginning in 2023:

On the surface this is cool, but for the life of me, I can’t understand why Congress is so interested in helping 62- to 64-year-olds save for retirement, but not 65-year-olds. They go out of their way to ensure you that at 65, you can take a hike.

Thought we were done talking about catch-up contributions, huh? Well, guess what? Fooled you!

Section 603 would require all catch-up contributions to be made to Roth accounts!

I have a lot to say about this. First, not all plans have Roth options yet. What happens to those participants?

Notably, this would take effect in 2022! That’s not all that much time with everything else businesses have going on these days.

Second, for those who continue to question whether Uncle Sam will keep the Roth IRA around or whether it will be eliminated because it’s “too good”…

Let this be the latest evidence of what I’ve been saying for years, Uncle Sam loves the Roth.

It brings in money today, and people like it. Name me anything else that does that.

In another “pay-for” provision, Section 601 of SECURE Act 2.0 would create SEP and SIMPLE Roth accounts, and Section 604 would allow individuals to designate employer matching contributions to the Roth side. Best I can tell, Roth SIMPLE IRA salary deferrals would work similarly to Roth 401k contributions.

As for SEP or matching contributions, I think they would just get added to the W-2 somehow.

On to the portion of this bill that was likely written by the Life Insurance lobbyists…don’t kid yourself, they are a very powerful group.

Section 202 would amend the QLAC rules to eliminate the 25% limit (of account balance) on purchases. It appears to keep the current overall limit of $135k (indexed) in place. So, essentially, someone would be able to use all retirement account dollars, up to $135k, to purchase a QLAC.

It also would clarify the treatment of contracts in the event of a divorce and allow up to a 90-day free look.

So, in the near future, we might see VUL and/or VA policies with ETF options. Coupled with potential changes to the capital gains rules (e.g., the top rate and changes to the step-up), low-cost ETFs inside a low-cost VA wrapper could become a particularly attractive option for some high-income taxpayers.

Lastly on the insurance front, more flexibility would be given to income annuities in retirement accounts. Such contracts could have:

Significant changes to QCD rules could be on the way! Section 309 would:

Last part kills it, at least for CRUTs and CRATs. The cost to establish (e.g., drafting) and maintain (e.g., annual tax returns) a CRUT/CRAT is likely not worth it if you can only fund it with $50k (or maybe $100k for couples). Plus, all distributions will be ordinary income.

The 25% amount would be further reduced to 10% for errors timely and appropriately corrected within the “correction window,” which could be as long as three years. Sounds great, but right now, if you realize you missed an RMD but take corrective action and properly request relief you’ll likely get a waiver of the 50% penalty.

But I wonder if the IRS will become stingier with “only” a 10% penalty.

Sticking with the theme of making IRA mistakes less painful: Section 321 would amend the IRA Prohibited Transactions (PT) rules (a.k.a. “things you can’t do with your IRA”), curtailing what is, today, one of the most punitive penalties around.

Presently, committing a PT with just $1 of IRA funds results in the deemed distribution of the entire IRA account in which the PT occurs.

Under SECURE Act 2.0, the penalty would change so that only the amount involved in the PT would be deemed distributed.

That seems like a punishment more in line with the “crime” (and is already how prohibited investments are dealt with).

Employers would be able to make “matching contributions” to a 401(k), 403(b) or SIMPLE IRA to the extent the participant made what would technically be known as a “Qualified Student Loan Payment.”

There’s actually more in the bill, but that’s pretty much all the big stuff, and then some. Chances are it will pass. And when it does, it’s probably going to look a lot like this.