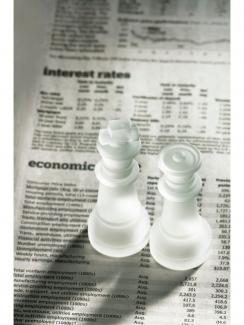 Why All the Fuss About a Return Toward Normalcy?

Why All the Fuss About a Return Toward Normalcy?

Chart Talk: Interest on 10-year government bonds has increased a little, but concerns have increased a lot. You’d think investors would be relieved by a return to a more normal situation but be careful what you wish for. A quick look at the potential costs and benefits to rising interest rates.

Something really is different this time. Interest rates have never been lower, but that’s beginning to change and it’s causing a fuss, as exemplified by this recent Lance Roberts article. So what’s the fuss? You’d think investors would be relieved by a return to a more normal situation but be careful what you wish for. 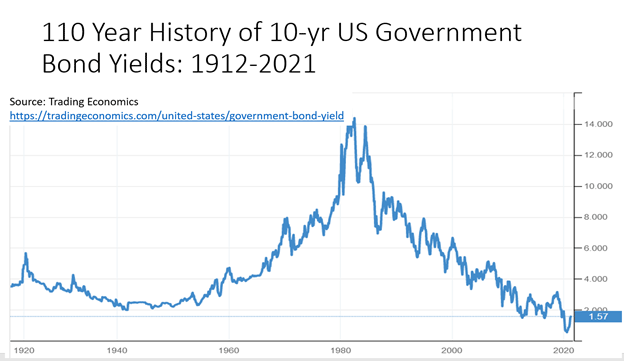 The costs of rising interest rates

A low interest rate is one of the many explanations for the incredible inflating of our stock market bubble because investment analysts discount future earnings at a low rate. Consequently, an increase in interest rates reduces the present value of future earnings, so stocks are worth less.

The second cost of rising interest rates is increased cost of servicing our country’s $23 trillion debt. We can barely afford to service the debt now under ZIRP (zero interest rate policy). Consequently, the government will need to take money from other programs like Social Security and Medicare, and it will likely print more money.

The problem with printing more money is that we’ve just now authorized another $5 trillion in Covid relief in addition to the $4 trillion in quantitative easing (QE), so $9 trillion in new money, plus President Biden supports another $2 trillion in infrastructure spending. Our GDP (gross domestic product) is $21 trillion, so $11 trillion is incredible, and will likely cause inflation, the third cost of rising interest rates.

The benefits of rising interest rates

I can think of two benefits to rising interest rates but suspect you can think of more: (1) It’s not nice to fool Mother Nature and (2) Investors who would like to invest safely can get paid something for their money.

The U.S. bond market has been manipulated now for a decade, especially the short maturity end of the market. Markets work best when investors determine fair prices. In other words, our bond market has not been working best for some time. A return to normalcy should be good even though there will be costs to pay.

The past decade has been a terrible time to be retired because retirees cannot earn a fair return on safe short maturity bonds, so they’ve been driven to risky assets that expose them to sequence of return risks. Losses at this stage in retiree lives can irreparably harm lifestyles and reduce the length of time that savings will last. I have started the Baby Boomer investing show to warn retirees and help them protect their savings. Unfortunately, a return to normalcy could come too late for most of our 78 million baby boomers.

The fuss over rising interest rates is justified. The world has been running a money printing experiment that has led to a debt crisis where per capita global debt exceeds $200,000. World central banks can just barely pay the interest on this debt now, which means they won’t be able to pay when interest rates increase. This experiment will end badly.