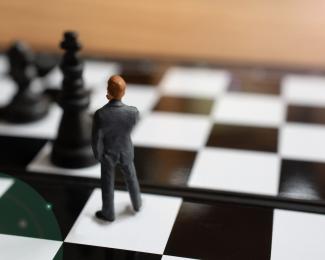 When dealing with financial affairs, actions in one area can spill over into another. Sometimes these unintended consequences can be avoided; other times they don’t reveal themselves until it’s too late. Here’s what you need to be aware of when it comes to Social Security and Medicare.

What do you do when a strategy or action that solves one problem inadvertently creates a new one? And what if the remedy to the new problem has the potential to cause still another problem?

This is what one client is facing. For reasons having to do with her business, the client’s CPA advised her to file her taxes as married-filing-separately. This past November she got her Medicare premium notification. Because the income-related monthly adjustment amount (IRMAA) thresholds are much lower for married-filing-separately, the client and her spouse must now pay over $500 per month in Medicare premiums. This brings up two questions: 1) If the client amends her tax return and files jointly, will the Medicare premium be adjusted? And 2) If she amends her return will it increase her chances of being audited?

One of these questions is easily answered. Yes, if she amends her return she can appeal the IRMAA. Although specific life-changing events are usually the only grounds for appeal, you can also appeal the IRMAA if it is based on outdated or incorrect tax information. If the client amends her tax return and files a transcript of the updated return with Medicare, her premiums will be adjusted.

The question not so easily answered is whether or not filing the amended return would increase her chance of being audited. An audit would cost thousands of dollars in CPA fees and the potential for additional tax liability. Then there’s the reason the CPA recommended married-filing-separately to begin with. If amending the return would increase her tax liability, this would have to be balanced against the reduced Medicare premiums.

When you are dealing with complex financial affairs, actions in one area can spill over into another. Sometimes these unintended consequences can easily be avoided; other times they don’t reveal themselves until it’s too late. Sometimes the choice is clear; sometimes it’s not, as in the dilemma weighing the likelihood of an IRS audit if someone amends her return.

As financial advisors, our job is to help you identify and avoid unintended consequences to the extent that we are able. When it comes to Social Security and Medicare, here are some actions and their consequences that you should be aware of.

Filing status
If you file as married-filing-jointly and if your modified adjusted gross income (MAGI) is between $174,000 and $218,000, the Part B income-related monthly adjustment amount (IRMAA), or the charge added on to the regular Medicare Part B premium, is $57.80 in 2020. If you file as married-filing-separately and lived with your spouse at any time during the year, it’s $318.10. Clearly, the government doesn’t want people manipulating their filing status to get around paying higher Medicare premiums. It doesn’t mean married people should never file separate returns, as there could be other good reasons for doing so. But for people on Medicare, the higher premiums arising from the lower IRMAA thresholds need to be factored into the decision.

Tax deferral
The (nearly) unassailable mantra in the tax world is to not pay taxes now when you can pay them later. But this doesn’t always make sense if paying them later means paying more. “Later” does not mean “indefinitely.” Most tax-deferred accounts require the payment of taxes at some point—at whatever tax rate is in effect at the time income is reported. And because Medicare premiums go up with modified adjusted gross income (MAGI), you must add the possible IRMAA to the mix. For example, a $10,000 required minimum distribution (RMD) from an IRA could end up being “taxed” at a 31% rate if it triggers the IRMAA. These surcharges are just as real as federal income tax obligations. If you and your spouse have large IRAs and are still under 70 1/2, you may want to start drawing them down earlier than required in order to lower RMDs after age 70 1/2.

Employment
You may be familiar with the earnings test. If you are receiving Social Security and are under full retirement age (FRA), $1 in benefits will be withheld for every $2 you earn over the threshold, which is $18,240 this year. However, the remedy to this consequence is not to not work. Foregoing tens of thousands of dollars in earnings in order not to have some of your Social Security benefits withheld is not the path to financial security. The best remedy here is to simply delay applying for benefits if you are going to work. But if it’s too late and you have already started receiving benefits when an employment opportunity comes up take it.

Two positive unintended consequences you may not know about are: 1) Your benefit will be adjusted at FRA to remove the reduction for those months in which you didn’t get a check (making it as if you had delayed applying with respect to those months); and 2) The additional earnings could end up increasing the amount of your Social Security benefit. The obvious consequence, of course, is that the additional earnings should allow you to add to—not draw from—retirement accounts which may generate income in later years.

Retirement
In a traditional scenario someone turns 65, retires, and enrolls in Medicare. You arrange to have your employer health insurance terminate at the same time Medicare becomes effective, the first of the month you turn 65. With a good drug plan and Medigap policy, you now have comprehensive health insurance that may actually cost less than the cost-sharing amount you were paying under the employer plan. What could go wrong here? Your 62-year-old spouse now has no health insurance. Neither does your 25-year-old son who was covered under the employer plan. They can always get insurance, of course, either through COBRA (for a while) or by buying insurance through the exchange. But it will cost them. One of the first matters you need to square away before retiring is health insurance for the family.

Marriage
Take the case of a 57-year-old widow. Upon learning that her remarriage would cause her to lose out on survivor benefits based on her deceased husband’s work record, she asked if she could divorce her new husband and remarry him after age 60, after she had claimed her survivor benefit. Of course she could do that, but why go through the trouble? Why not avoid this problem in the first place? For those in their late 50s, it is often wise to delay remarriage until after age 60. It’s clear in the case of widows, but it also applies to people divorced after at least ten years of marriage, even when the ex is alive and kicking. Remarrying after age 60 is an insurance policy for those survivor benefits in case the ex dies.

Divorce
Divorced-spouse benefits are available only if the marriage lasted ten years or more. If a couple marries and divorces twice, the remarriage must have occurred before the end of the calendar year following the divorce in order for the two marriages to count toward the ten years. If you are considering divorce, try to stick it out for at least ten years. Even if you would not be entitled to a divorced-spouse benefit because your primary insurance amount (PIA) is more than half your ex’s PIA, there are (again) survivor benefits to think about. If the ex dies, a divorced person who has remained single or who remarried after age 60 can move up to the ex’s benefit if it’s higher—but only if the marriage lasted at least ten years.

In the complex world of retirement, Social Security,and Medicare, there are a lot of decisions to be made. Unfortunately, those decisions can have unintended consequences that negatively impact other areas of your life and financial security. And, especially when it comes to marriage, death, and divorce, you may not
be able to dispassionately think through all of your options. It’s always a good idea to discuss your choices with a financial advisor, who will be able to walk you through these important decisions and help you make the choice that is right for you.