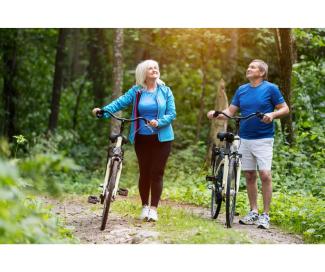 How Prepared Are Americans for Retirement?

Early baby boomers and millennials are ahead of other generations in terms of retirement preparedness, according to panelists at a recent symposium hosted by Wharton’s Pension Research Council.

How prepared are Americans for retirement? That question has assumed increased importance in the past two years of the Covid pandemic and the recession it triggered. The first two months of the pandemic (March and April 2020) claimed a record 23 million jobs, where older workers, age 55 and above, took the biggest hit with 5.7 million job losses. The unemployment rate overall and specifically for older workers has since fallen to pre-pandemic levels as of April 2022, but the labor force participation rate for older workers remains below pre-pandemic levels.

“Growing awareness of real-world shocks including market downturns, health surprises, and labor market shifts calls into question whether global retirement systems will be able to sustain current and future retirees,” said Olivia S. Mitchell, Wharton professor of business economics and public policy, who heads the Pension Research Council as its executive director. “The long-term scarring effects of these shocks will force us to save more, work longer and probably expect less.”

According to a paper Wellesley College economics professor Courtney Coile co-authored with MIT Sloan finance graduate student Haiyi Zhang, people are retiring at higher rates than they did pre-pandemic. In fact, older workers age 62 and above exclusively drive the unemployment trends in their research sample of workers age 55 to 74, Coile said. “It used to be the case that being an older worker was somewhat protective of the risk of job loss,”said Coile. “But that has become less true in recent years.”

“The long-term scarring effects of these shocks will force us to save more, work longer, and probably expect less.”

Older workers that are unemployed have much stacked against them. For one, “older workers run the risk of age discrimination” when they look for new jobs, Coile noted. Citing prior research, she said that “the probability of age discrimination increases and the effectiveness of age discrimination protections decreases during recessions.” Also, those retiring at ages 62–64 are more likely to depend on early claims of Social Security income, which with actuarial adjustments lock early retirees into lower retirement income, she added.

Furthermore, Covid health concerns may be particularly salient for older workers because the risk of complications and death increases with age, Coile pointed out. She cited research showing that experiencing higher rates of unemployment for people in their late 50s or early 60s is associated with lower survival rates at older ages, plausibly due to the lower rates of employment, lower levels of health insurance coverage, and higher health care usage during those ages, especially before people are eligible for Medicare.

“Transitions to either full or partial retirement increase during economic contractions,” according to a paper that Erika McEntarfer of the U.S. Census Bureau presented at the symposium. She leads a research team focused on a novel dataset called the Longitudinal Employer-Household Dynamics (LEHD), which combines federal, state and Census Bureau data on employers and employees. “Retired workers are also less likely to return to the labor market in recessions, magnifying the impact on labor force participation of older workers,” she continued. “Flows into retirement are generally more cyclically sensitive than returns to the labor market, suggesting many excess retirements are permanent.”

The LEHD data revealed two peaks of retirement: the first, at age 62, mostly reflects partial retirement, and the second at age 65 is dominated by full retirement. McEntarfer noted that “the labor force participation of older workers fell off a cliff during the pandemic and it really has not recovered. All of the recovery in employment has been for younger workers.”That, she said, raises a big question: Are these older workers coming back to the labor market? “If not, it has implications for the retirement security of baby boomers who may have intended to work longer,” she added.

McEntarfer’s study also showed that retirements rise in recessions, and this was true of the dot-com bust, the Great Recession, and the Covid pandemic. Unretirements, or people returning to full-time work after partial retirement, are also cyclical, but less so than retirements. “Partial retirement is very transitory, but retirement is very sticky,” she said. “[About] 70% of older workers who enter such a spell are never seen to work again in the data.”Age is the main driver of unretirements; younger workers and higher-income workers are more likely than older workers to rejoin the workforce, she noted.

“It used to be the case that being an older worker was somewhat protective of the risk of job loss. But that has become less true in recent years.”

“The fact that that retirement is so sticky is a scary thing because it suggests that a lot of people left because of a health shock and they’re not going to come back because of employment dynamics,” said John Sabelhaus, a senior fellow at the Brookings Institution.

A paper by Sabelhaus and Alice Henriques Volz studied retirement wealth adequacy, defined as the ability to replace 75% of pre-retirement income, across the three cohorts of early baby boomers, the mid-late boomers and Gen Xers. The authors used three measures for household wealth in their study. The first, “base wealth,” includes marketable assets minus liabilities ($96.1 trillion in 2019, per the Survey of Consumer Finances) and defined benefit (DB) pension claims ($19.1 trillion). The second includes Social Security wealth, or the expected present value of future Social Security benefits after taxes ($23.9 trillion). The third considers only “payable” Social Security benefits, or what beneficiaries could expect to receive after a 24% cut after the Social Security Trust Fund runs out of money between 2032 and 2036 as projected.

Sabelhaus and Volz reported that the early boomers’ wealth is generally on par with or above 1930s cohort wealth at age 60. Yet wealth declined for mid-late boomers and Gen Xers, relative to earlier cohorts, consistent with rising wealth inequality across and within generations. While social security is an important offset to those relative wealth declines, the youngest cohorts are not expected to receive full benefits due to pending social security insolvency.

Millennials are better prepared for retirement

Compared to other generations, the retirement outlook is optimistic for millennials. Early millennials (born 1981–1985) will have an inflation-adjusted median annual income of $44,700 at age 70, according to simulations reported by Richard W. Johnson and Karen E. Smith, both senior fellows at the Urban Institute, a nonprofit research organization. “That is more than any previous generation we looked at. It is about 22% more than the pre-boomers, or those born between 1941 and 1945,”Johnson said. “Millennials are likely to get more income, but maybe not as likely to replace their pre-retirement earnings as earlier generations.”

Their study assessed retirement prospects for future generations, with a special focus on millennials, to ask whether at age 70, this cohort will have a 75% replacement rate compared to their pre-retirement incomes. The authors project that, over the next 30 years, “median age-70 income will be higher for millennials than previous generations, but they face a higher risk of seeing their living standards fall when they retire.”

“[Retirement] income will be higher for Millennials than previous generations, but they face a higher risk of seeing their living standards fall when they retire.”

For sure, uncertainties abound on that path of retirement preparedness. Johnson pointed to the outlook for the stock market, interest rates, housing prices, inflation, wage growth, health care costs, and how all these might affect peoples’ ability to extend their careers.

Johnson also noted specific hurdles millennials and others will face in retirement. As Social Security’s full retirement age has risen to age 67, this has reduced benefits for early retirees. In addition, private-sector firms have shifted away from defined benefit plans to defined contribution plans over the past 40 years. In turn, this has placed much of the responsibility for retirement saving on workers’ shoulders with employers playing a lesser role. Men’s labor force participation prior to age 55 has slumped, men’s median earnings have stagnated, marriage and homeownership rates are falling, debt levels are high, and future retirees are likely to need more money to cover rising out-of-pocket costs both for medical care and for long term services and supports, Johnson continued. “And, as people live longer, they’re going to need more money to get them through this longer retirement period,”he added.

The authors’ paper also notes some encouraging trends, such as women’s increased earnings, the rise in labor force participation at older ages, and improvements in educational attainment. Additionally, higher wage levels boost Social Security benefits for everyone, regardless of how much they earned. And while widowhood is one of the bigger risks that people face in retirement, and poverty rates are high for widows, there is some respite: widowhood is declining as the gender gap in life expectancy shrinks.

“People have been working longer, people have been extending their careers, working more into older ages,”said Johnson. “That means more lifetime earnings, and their retirement savings don’t have to last as long if they reduce the retirement period.”

This is the 19th year the PRC has hosted its annual symposium on the retirement outlook. “This year’s symposium focused on how changing financial and labor markets, struggling healthcare systems, and social as well as private insurance programs drive the need for new public and private policy to meet these challenges,”Mitchell said.