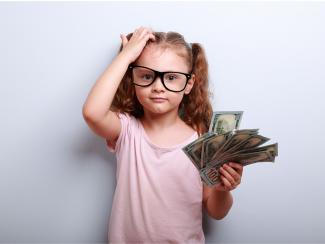 How to Think About Money: 9 Ideas

How to Think About Money: 9 Ideas

In his new book, The Psychology of Money, award-winning author Morgan Housel uses 19 short stories to explore the strange ways people think about their finances. Here we cover some of his most interesting and practical takeaways to share with clients.

As financial advisors, we grow up believing certain tenets about money and investing. How many times have you heard the following:

The book The Psychology of Money: Timeless Lessons on Wealth, Greed, and Happiness by Morgan Housel doesn’t exactly turn these tenets on their head, but it does give us a new way of looking at money and investing. Housel is a partner at the Collaborative Fund and a former columnist at The Motley Fool and the Wall Street Journal. His views are worth noting and sharing with clients. Here are a few.

1. You don’t need a specific reason to save

Some people save for a down payment on a house or a new car or retirement. That’s great, of course. But you can save just for saving’s sake.

Saving is a hedge against surprises popping up at the worst possible time. Having money in the bank allows you to think. It gives you options and flexibility. The return on cash in the bank (at 0% interest) is literally incalculable if it allows you to take a sabbatical, change careers, or just feel safer living in an unpredictable world.

Bill Gates never would have founded Microsoft if he hadn’t been born into an affluent family and attended Lakeside prep school in Seattle, one of the only high schools in the world to have a computer in 1968. Gates is crazy smart and even more hardworking, but he himself admits the factor of luck in his success: “If there had been no Lakeside, there would have been no Microsoft,” he told the school’s graduating class in 2005.

Some successes are due to good decision-making. Others are due to luck. It’s important not to confuse the two. Success can be a lousy teacher if it seduces smart people into thinking all of their successes are their own doing.

When factors beyond your control threaten to cause adverse consequences it’s called risk. When managing your money it’s easy to mix up the role of luck/risk versus good/bad decision-making.

Say you buy a stock and five years later it’s gone nowhere. It’s possible you made a bad decision by buying the stock. It’s also possible that you made a good decision that had an 80% chance of making money, but you ended up on the unfortunate 20% side. Failure can be a lousy teacher because it causes smart people to think their decisions were terrible when sometimes they just reflect the unforgiving realities of risk. The trick when dealing with failure is to arrange your financial life in such a way that a bad investment won’t wipe you out.

4. Wealth is what you don’t see

Spending money to show people how much money you have is the fastest way to have less money. This is one of money’s greatest ironies. We tend to judge wealth by what we see, because that’s the information we have in front of us. We can’t see people’s bank accounts or brokerage statements. So we rely on outward appearances to gauge financial success. Cars. Homes. Instagram photos. But wealth is the nice cars not purchased. The diamonds not bought.

Singer Rihanna nearly went bankrupt after overspending and sued her financial advisor. The advisor responded: “Was it really necessary to tell her that if you spend money on things, you will end up with the things and not the money?” Wealth is an option not yet taken to buy something later. Its value lies in offering you options, flexibility and growth to one day purchase more stuff than you could right now.

5. History is mostly the study of surprising events

The most important events in history are the big outliers, like the Great Depression, World War II, ARPANET, September 11, the fall of the Soviet Union, and, of course the pandemic. The fallout from each event has compounded over many years. For example, 9/11 prompted the Federal Reserve to cut interest rates, which helped drive the housing bubble, which led to the financial crisis, which led to a poor jobs market, which led tens of millions to seek a college education, which led to $1.6 trillion in student loans with a 10.8% default rate.

The majority of what’s happening at any given moment in the global economy can be tied back to a handful of past events that were nearly impossible to predict at the time. So the most important lesson we can draw from history is that there will be surprises. And by definition, we don’t know what those surprises will be.

6. Investors are not all playing the same game

An idea exists in finance that seems innocent but has done incalculable damage. It’s the notion that assets have one rational price in a world where investors have different goals and time horizons. It’s not irrational for a day trader to pay a high price for a stock when momentum suggests it will sell for an even higher price later in the day. Short-term traders can make money in a bubble.

Bubbles do their damage when long-term investors playing one game start taking their cues from short-term traders playing another. Cisco stock rose 300% in 1999 to $60 per share. At that price the company was valued at $600 billion, which is insane. Sixty dollars was reasonable for the trader who could count on selling it for a bit higher later in the day. It was a disaster for anyone planning on holding the shares for the long run. Few things matter more with money than understanding your own time horizon and not being persuaded by the actions and behaviors of people playing a different game than you are.

7. Your plan will not go according to plan

One thing blackjack card counters know is that no matter how accurate they are in their count, an unexpected card could come up. They weigh the probabilities of this based on how many cards remain to be played. Then they adjust their bets accordingly, betting more when the odds are good and less when they are not. Blackjack players know they are playing a game of odds, not certainties.

Benjamin Graham, the famous investor, knew this too. He created what he called a margin of safety. When you don’t (can’t) know what card will come up or what rate of return your portfolio will earn over the next 10 years or exactly what date you’ll be able to retire, you create a margin of safety. One example of this is to assume your investments will earn one-third lower than the historical average and then base your savings plan and retirement target date around that.

8. Some risks are never worth taking

While you have to take risks to get ahead, some risks are never worth taking. This is the “Russian roulette should statistically work” syndrome: an attachment to favorable odds when the downside is unacceptable in any circumstances.

9. It’s OK to love your investments

“Never fall in love with a stock” is an age-old investing tenet, the rationale being that you won’t want to sell when it goes against you. But look at it this way: the historical odds of making money in U.S. markets are 50/50 over one-day periods, 68% in one-year periods, 88% in 10-year periods, and (so far) 100% in 20-year periods. Anything that keeps you in the game has a quantifiable advantage. If you love your investments you’ll be more likely to stick with them during temporary market downturns.

More Than You Know: Finding Financial Wisdom in Unconventional Places by Michael J. Mauboussin was written for professional investors and contains multitudes of insights and non-traditional ideas drawn from wide-ranging sources. A unifying theme is the author’s view of the stock market as a complex adaptive system.

This compelled him to revisit and question almost everything he had learned about finance. Thirty-eight free-standing essays are organized into four parts: investment philosophy, psychology of investing, innovation and competitive strategy, and science and complexity theory. If you are willing to dive into a deep, thought-provoking book and willing to change your mind about certain things, this is the book for you.